What an ego on this guy (me). Talking in the third person, jeez. Can’t possibly cut down a list of favorite albums to just 10. Way too many clever references to make, not enough blog space.

I do finally have my top 10, but the tough thing about doing a top 10 is that you can only list 10. So, below is a bunch of stuff I loved this year… alphabetically.

Fleet Foxes – s/t:  Good stuff. Nice harmonies. Sometimes they sound like Appalachian hollerers, sometimes Pet Soundfetishists, the great part is they’re still so young still… such a promising band with so much on the horizon. MP3: “He Doesn’t Know Why” (c/o Bridging the Atlantic)

David Byrne & Brian Eno – Everything That Happens will Happen Today: On the other side of the rock spectrum are these two “oldies” that can still put together a great album. Yes, David, “These beats ARE 30 years old,” but the two of you have a feeling for song construction that has no expiration date. MP3: “Strange Overtones” (c/o Rollo & Grady)

Broke Social Scene presents: Brendan Canning – Something for All of Us: It’s a good sign that the worst criticism of this album is that it “sounds like Broken Social Scene”.  Since when is that bad?  Bored enough being awesome together, the Canadian collective has begun highlighting their individual members.  Now that everyone loves with the BSS sound, it’s fascinating to see what parts of this super-group come from which members… Mr. Canning is definitely an integral part. MP3: Take Care Look Up (c/o Lost In Your Inbox)

Crystal Castles – s/t: Playing what sounds like 8-bit Nintendo sequences is nothing new anymore, but rarely is it done so menacingly and with such flair. I’m a big fan of it. And, according to interviews, instrumentalist Ethan Kath thinks he’s pretty great too. MP3: “Courtship Dating” (c/o Raised on Indie)

Girl Talk – Feed the Animals: Stretching his digitentacles even further in the recesses of the American Mind and the American Top 40, Greg Gillis makes pan-generational dance gems. Quite possibly the only way your parents might ever get to hear a Ludacris song. MP3: “In Step” (c/o Selective Service) 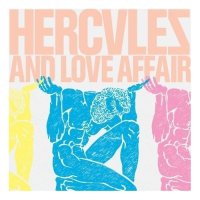 Hercules and Love Affair – s/t: The history of the disco is much like the history of many other musical-based cultural movements… soulful, relevant, moving music that crystallizes into a social identity.  Only to be adopted by the masses and fall into vacuousness, materialism, and eventual disdain. With the help of ghostly vocal contributions from Antony (of Antony & Johnson’s fame), H&LC has stripped off the materialist and empty glamor of later-day disco to get back to the soul of the movement. MP3: “Blind” (c/o Salad Days Music)

Hot Chip – Made in the Dark: The dreaded sophomore slump can not be lobbed towards the blippy geek funk of Hot Chip. First of all… it isn’t their second album. Secondly, Alexis Taylor froze the preemptive naysayers in their steps by throwing a change-up.  Dark is not quite a reinvention of the band, but a proclamation that they’re not just a dance group hardwired to peddle the same pop gold like a monkey with a miniature cymbal. The album is a hodgepodge of tracks that don’t rely too heavily on the bands talent for addictive hooks, but continually push their obvious talents toward interesting ends.

Jamie Lidell – Jim: Jamie Lidell will always be cursed by having one the most jaw-dropping, spazmatic live shows around.  Jamie shifts to Jim, and his booty-moving electro roots shift to the hip-swinging soul of his other obvious Detroit influence — Motown soul.

Lil Wayne – Tha Carter III: (In which a pasty white blogger has to pretend he has taste in hip-hop).  Everyone said I should like this album… I listened to it, I did.  Lil Dub simultaneously lives the thug live, and makes fun of it mercilessly.  You have to appreciate the sort of self-awareness he spouts in a Hip-Hop world that increasingly is a parody of itself.

Lykke Li – Youth Novels: Precocious, sexual, childish, foreign.  There are the qualities I think of when I hear Lykke Li’s voice glide through her much-anticipated downtempo electro LP.  At times her voice can be cute and charming, at other times the same lightness can sound sultry and mischievous.  MP3: “Dance Dance Dance” (c/o Bridging the Atlantic)

Stephan Malkmus & The Jicks – Real Emotional Trash: The songs are getting longer, but three LP’s in, S.M.’s quality control has not diminished.  He’s good when he’s silly, he’s good when he’s… less silly.  His lyrics are fun when they’re free-associative or directly narrative. The songs will vary from3-minute ditties to 8-minute guitar jam epics but they’re always a good listen.

MGMT – Oracular Spectacular: It became obvious the blogosphere knew more about popular taste than the music biz this summer at Lollapalooza, when MGMT played a surprisingly early set to a crowd that dwarfed any other band that day save the headliners.  I’m more of a fan of the singles on this album than the entire LP, but MGMT is young, and inventive, and goddamn weird so I’ll look forward to their next release.

Natalie Portman’s Shaved Head– Secret Crush EP: Stupid like a FOX! NPSH are spastic, silly, unapologetic nonsense peddlers.  But it’s so damn fun.  They’re all cheesy synths and drum sequencers, hand claps and sarcastic deliveries.  They remind me of what Tilly & The Wall would sound like if they came out of Brooklyn instead of the midwest, and decided to just make fun of everyone instead of being so goddamn sincere all the time.

Re-Up Gang – We Got it For Cheap Vol. 3 Mixtape: From what I’ve read, the first two mixtapesof this Clipse collective are better that this one, but all I know is what I got.   Mixtapes are primarily a vehicle for hip-hoppers to lob insult grenades at eachother between albums, and there’s plenty of that here.  My fav track is the most obvious statement Clipse will ever make in their life, “They Know Yeyo”.

Sam Sparro – s/t:  If “back to bones” disco is why Hercules & Love Affair is commended for their LP this year, Sam Sparro should be rewarded conversely for pushing the genre further out into space.  It has the kind of bounce that you would hear at the club, but adds elements of funk, french electro, and soul that fit perfectly together. 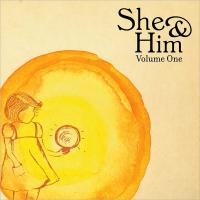 She & Him – Volume 1: I sort of slammed Paste as putting this down as their #1 album of the year but it definitely is a great listen.  Zooey DesChannel and M.Ward both share a “timeless” vibe that make these songs charming and their choice of covers wholly appropriate.

Sigur Ros – Með suð í eyrum við spilum endalaust:  Gotta admit, every time I hear Sigur Ros has a new album out I’m ready to be off the band wagon, but the shit is just too good to quit.  Jon Thor Birgisson is lightening up a little, okay with songs under 4-minutes, okay with joy, okay with uncryptic album art, okay with (OMG!) singing in English, if only briefly.

T.I. – Paper Trail: Can a guy do MORE guest spots?  Seriously.  Yes, there’s nothing really earth-shattering about T.I. but what he does he does so well… namely talk-singing about inane rap-type things, but goddammit if it’s on in a bar, you’re lip syncing along and pointing at the ground with finger guns…

Times New Viking – Rip It Off: Perhaps a bit overrated, and difficult to distinguish one song from the other, but cut through the fuzz (and the obnoxious recorded-bad-on-purpose aesthetic) and these are sure fire-melodies that deliver like a sugar pill wrapped in flannel lint. MP3: “Drop-Out” (c/o Bridging the Atlantic)

Vivian Girls – s/t: “Oooooo-Ohhhhh-La-La-La-La-La!”  Ack!  It’s the ghosts of twee past!With magnetic ribbons of C86 mix tapes fluttering confusedly around it!  It has teeth, and fearsome sarcasm, and haggard pop harmonizing, and unrelenting indifference to the fact that indie pop is supposed to be adorable.

This entry was posted on Thursday, February 5th, 2009 at 11:31 pm and is filed under culture, entertainment, mp3, Music, music reviews, Shamless Name-Dropping. You can follow any responses to this entry through the RSS 2.0 feed. You can leave a response, or trackback from your own site.